The ringing in my ears is making me write this.

Hand-painted on the middle of an exposed rafter over the tiny stage in Che Café are the two words, “I PROMISE”. Under those words, punk rock is happening with vigor. For such a small space, the house’s sound system is almost offensively loud. Highs, lows, mids… Well, they’re in there somewhere, but the thirty people standing in front of the stage don’t care much. Many of them are about to get on stage themselves and be part of this thing they call punk rock.

The words painted above the stage are appropriate. Performance, on any scale, is a promise. Tonight, it will be a loud promise.

Lifesupport, Linkletter, FLEX, The Bogarts, Hear The Sirens, and TANTIVE-IV are the bands performing. The singer/bassist from Linkletter jumps around the most, and I’m amazed that he’s able to hold onto his guitar, avoid kicking the drum kit and guitarist (they’re that close), and get back to the mic on beat and in-key. The Bogarts are confident and sassy. Hear The Sirens, the band I came to see, are very, very good.

Hundreds of miles away in Las Vegas, Billy Joe of Green Day recently dropped twenty two f-bombs in a ninety-second drunken tirade at the I Heart Radio Music Festival. The festival has been touted as a shining corporate symbol of all that the hit-hungry super-star-worshipping music industry has come to be. And maybe Green Day is now a little too much the posterboy for punk-gone-pop to mention in the same sentence as Che Café.

Unless. Unless it were to say that once, millions of Itunes downloads ago, Green Day played on this very same, tiny stage.

So, other than scale of audience and production value, what separates a Green Day concert from the punk rock happening in front of me?

The reading room just behind the stage floor is filled with anarchist literature, dozens of issues of a magazine from Wisconsin called Razorcake, and sunken couches. The room certainly feels like punk rock. “Stick it to the man” is the cliché that readily comes to mind; importantly, so does saying “fuck” whenever the fuck I feel like it.

Hear The Sirens is here tonight as the last stop of a state-long tour promoting the release of their self-made EP, Renegade. Look, rebellion right there in the title. But there’s more here, and it’s not just the badass sax cruising through the last chorus of the first song, Last Call Love. In the song Reason To Run, another promise arises in the lines “Well you can find yourself tonight/Or just leave town the easy way.” The song is about struggle, often without end. But the promise in these lines sounds familiar to me.

I’ve been to a lot of open mics and I’m no stranger to performances attended primarily by the performers. After about the tenth time cheering supportively when someone with a mic in their hand said, “I’ve never been up here before” or “I just wrote this an hour ago,” I realized something. When people go up on stage, they aren’t promising to be good. They’re not promising to be funny, confident, or original. They’re promising honesty. And that’s a promise that each and every band tonight clearly made. They make it with every chord, every snare, every screamed chorus, and the ringing in my ears tells me they’ll keep making it even if someone pulls the plug. 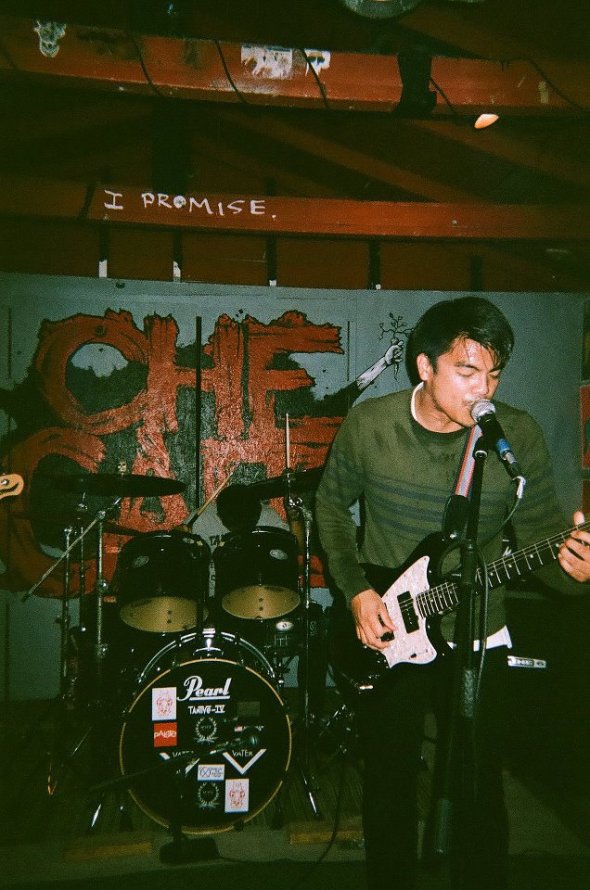